The format: The program begins with the announcer saying, "Get ready to hatch the stars!" followed by an animated sequence in which the heads of the six celebrities are hatched from eggs as the announcer reads their names. The main game consists of two contestants and the panel of celebrities, one of whom is wearing grunge. In each of two rounds, the host asks the first contestant to select either question A or question B; the remaining question is answered by the second contestant. Each celebrity writes a response. A typical question might be, "Sloppy Sam is so sloppy... he even wears sweat pants to the _______!" The contestant attempts to answer the question in such a way as to match as many of the celebrities as possible without matching the one wearing grunge. If that should happen, the contestant is dropped through a hatch in the floor and eliminated from the game, while the remaining contestant immediately goes to the bonus round. In the second round, only the celebrities who did not match in the first round play. If, after the second round, the contestants are tied, tie-breaking rounds are played with all the celebrities until the tie is broken or someone matches the grungy celebrity and falls through the hatch in the floor. With each match, one of the five articles of dress clothes lights on the contestant's desk. Any contestant who assembles a complete wardrobe by matching all five non-grungy celebrities in a game wins $1,000, even if the game ends in a tie.

Hatch Game has had three incarnations. The first two were hosted by Jean Mayfern, who really enjoyed doing the show and actually brought to life some of the characters created by the writers. One of his favorites was Parson Patrick; Mayfern would quickly untie his tie and retie it to look more like a 17th century style than a current one. One memorable question was "Parson Patrick saw Mr. Simpson walking into the church, and he ran over and said, 'Hey, Simpson! You can't wear a _______ suit to church!'" Often a ditzy lady was on the panel, and Paula Fitzgerald answered that one with "law," which led Mayfern to take her card and throw it to the floor before stamping on it furiously, crying, "We need better answers than this," while Fitzgerald stared blankly into space. For similarly misguided answers, Mayfern would burn the card, shred it, or turn it into a paper airplane and throw it into the audience. One such card caught by an audience member garnered $5000 at an estate auction.

In the first version of the show, only the contestant and the chair dropped through the hatch upon matching a grungy celebrity, but despite a large mattress on the level below the stage, this was somewhat riskier for the contestants, and by the second series the arrangement had been redesigned such that the contestant's entire desk and chair were fixed to a platform, and the entire platform fell through the hatch when it opened; this resulted in fewer injuries to contestants as all they had to do was sit tight and the platform and desk took the brunt of the force. Similarly, in the first series' bonus round, only the celebrity and the chair fell through the hatch, but starting with the second series the celebrities had separate desks, and when the hatch opened, the grungy celebrity's entire desk fell below. 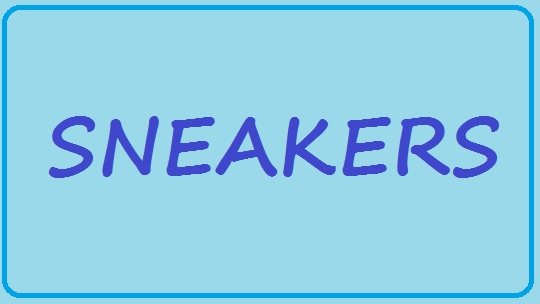 ("Grungy George really embarassed his wife last week, and he had to sleep in the doghouse because he wore _________ to a wedding.")

Short form of the closing credits, used Monday through Thursday